Since 1991, figuren theater tübingen has been devising theatre that melds visual arts, music, literature, film, and dance in an unmistakable style – with theatre puppets at the centre: Visual theatre for adults, involving all the senses, and internationally accessible.
Invitations to theatre festivals have taken the group working with puppeteer and director Frank Soehnle to more than 50 countries. Since 2016, the rehearsal stage in Tübingen has been open for productions prepared especially for that theatre space and for public rehearsals.
International collaborations, directorial work for other theatres, and teaching assignments at various universities complement the group’s own theatre work. 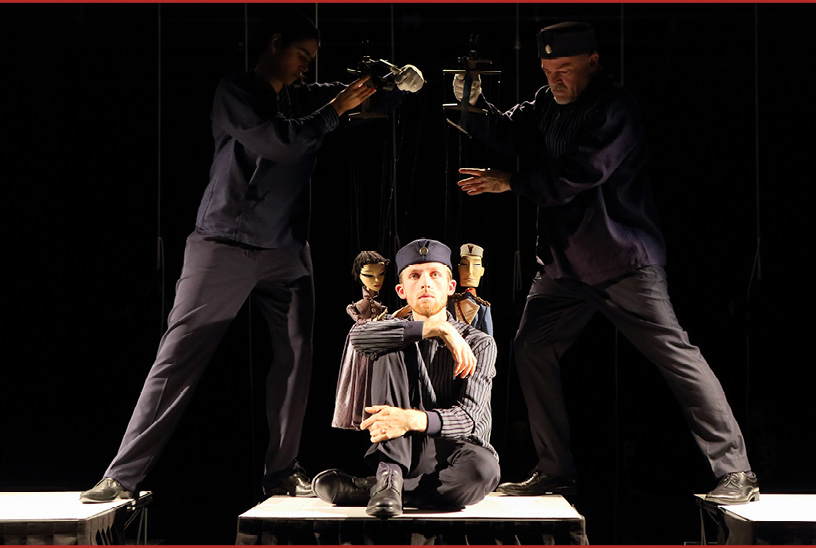 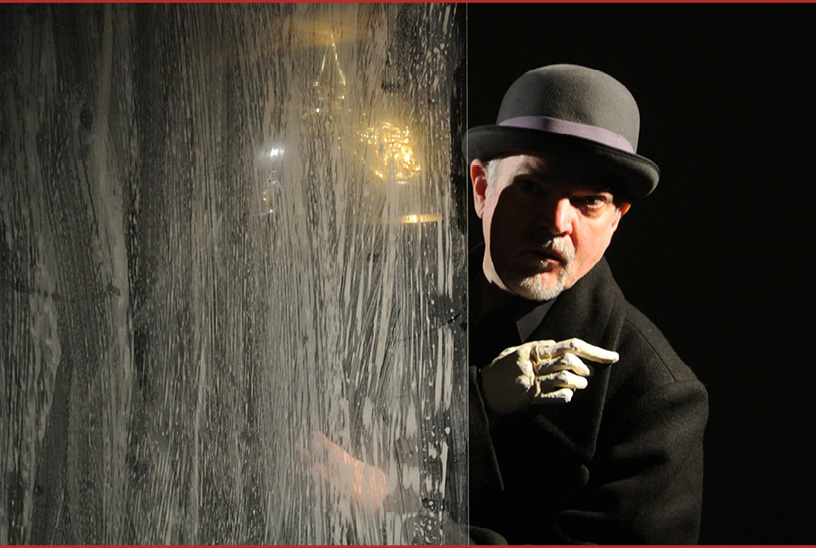 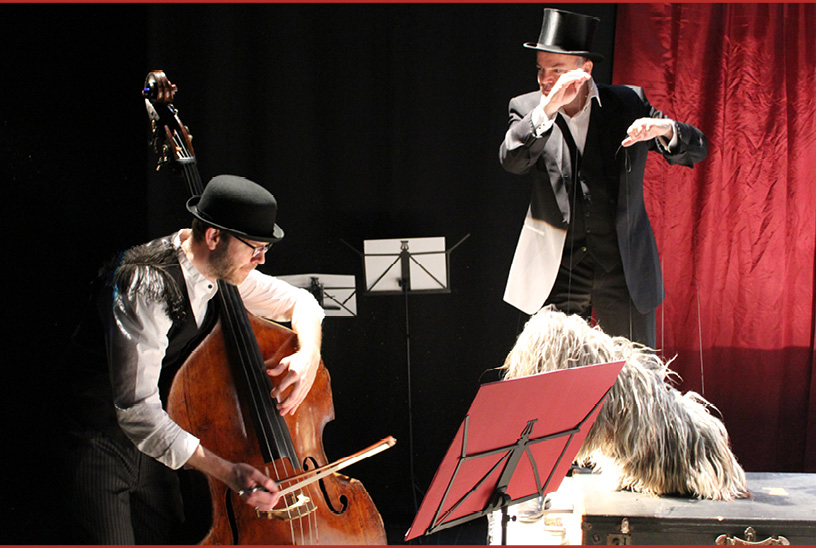 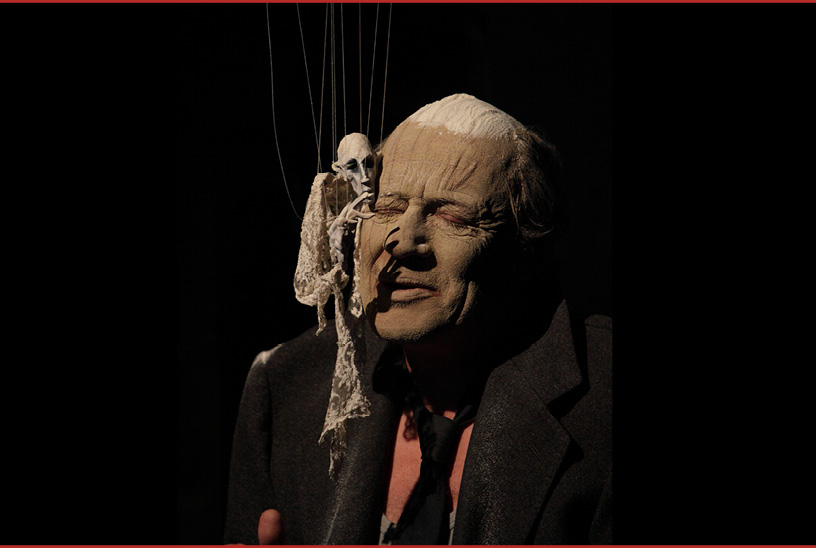 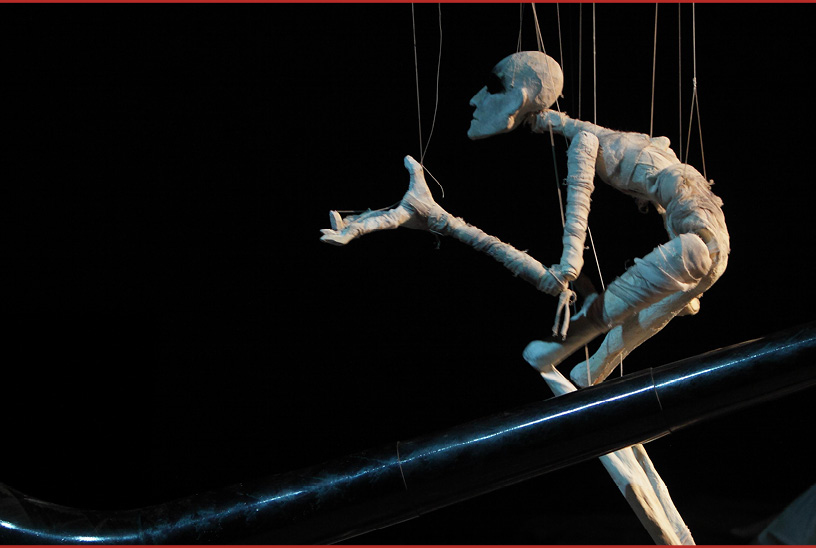 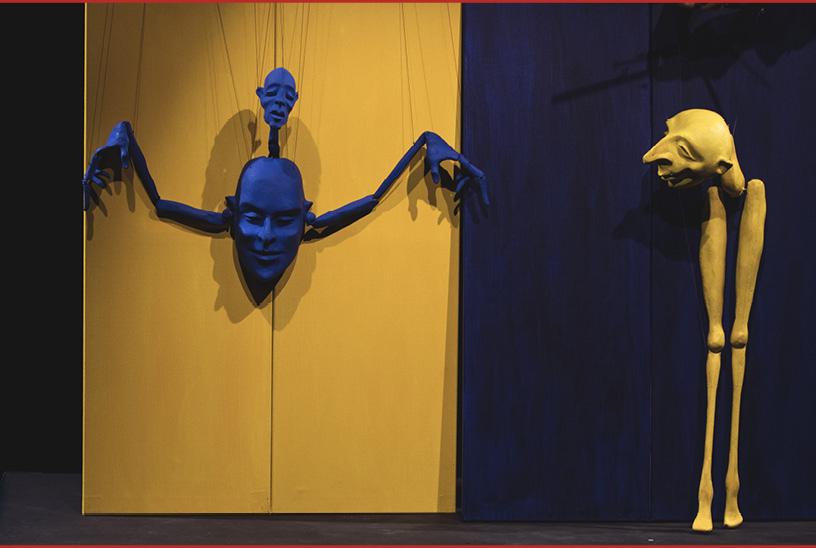 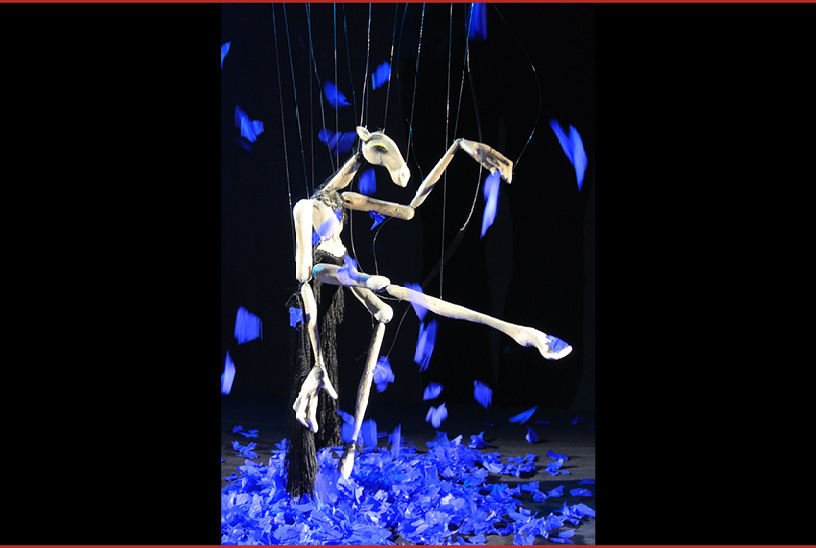 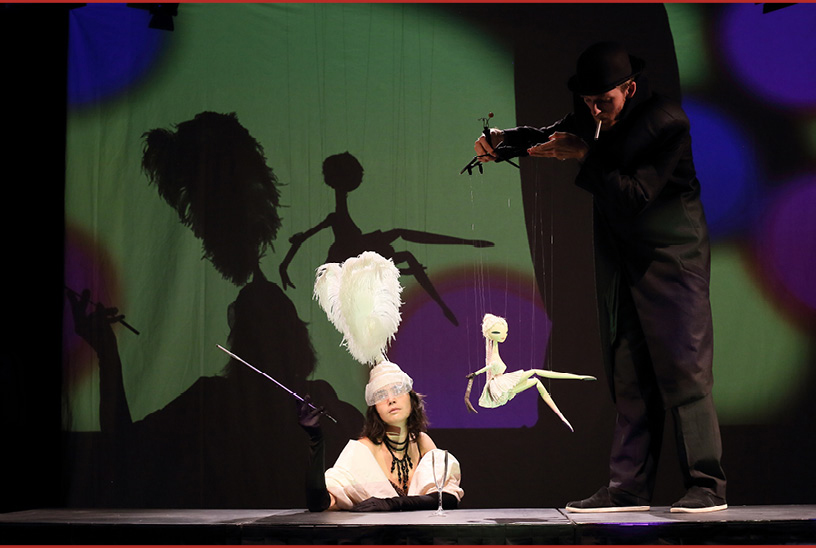 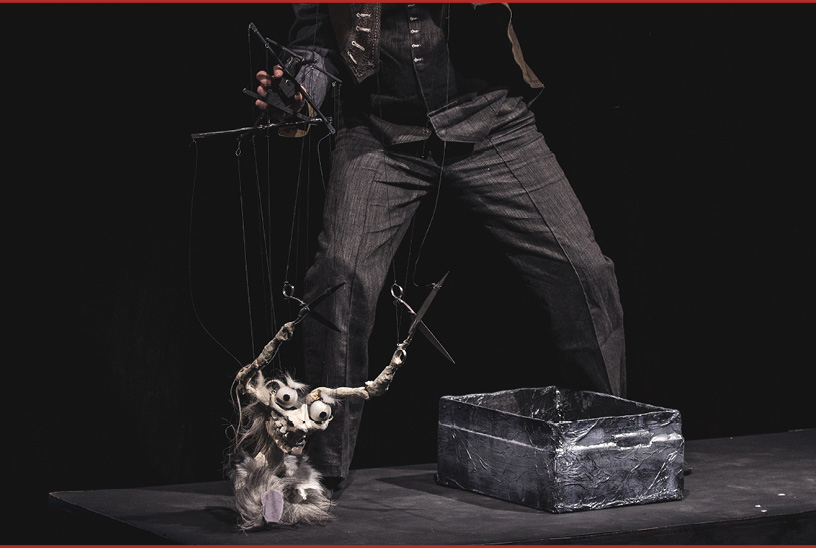 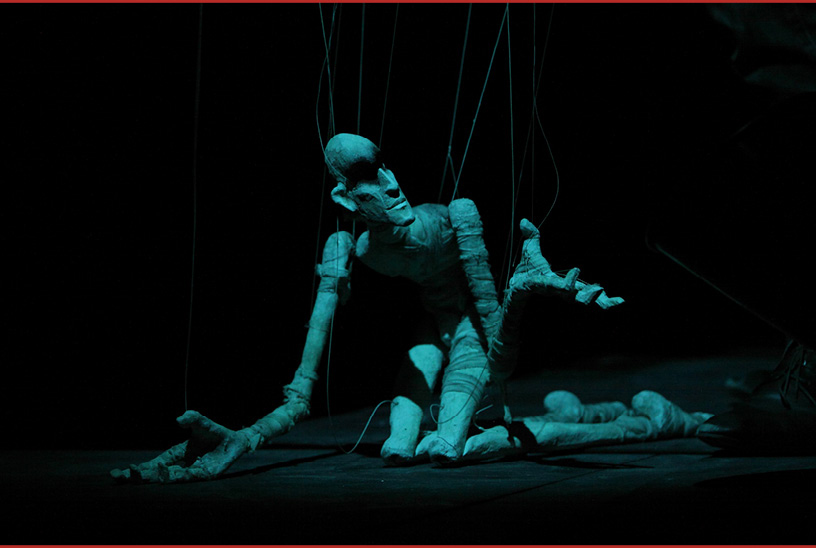 Various projects for autumn 2020 are in the oven:

• Directorial work for “Der Bau”, based on texts by Daniil Charms and Franz Kafka, for Theater Maren Kaun in Mannheim: premiere in October 2020 at theater/haus g7
• Directorial work for “Die Republik der Träume” (The Republic of Dreams), based on texts by Bruno Schulz, for Theater des Lachens in Frankfurt/Oder: premiere on 13 November 2020
• A new version of the fairytale “The Brave Little Tailor” under the title “Sieben auf einen Streich” for the whole family, with puppets by Fritz Herbert Bross in costumes by Evelyne Meersschaut. Premiere on 2nd of January 2021 on the Figurentheater rehearsal stage in Tübingen
• Directorial work for “Gespenster” (phantoms), based on texts by Poe, Lovecraft and Márquez for Puppentheater Gera: premiere on 5 March 2021
• Next up is a German-Taiwanese co-production – “on the edge of reality” – which will have its premiere in Asia in April 2021 and in Europe in 2022
• In November 2021, figuren theater tübingen is turning 30!