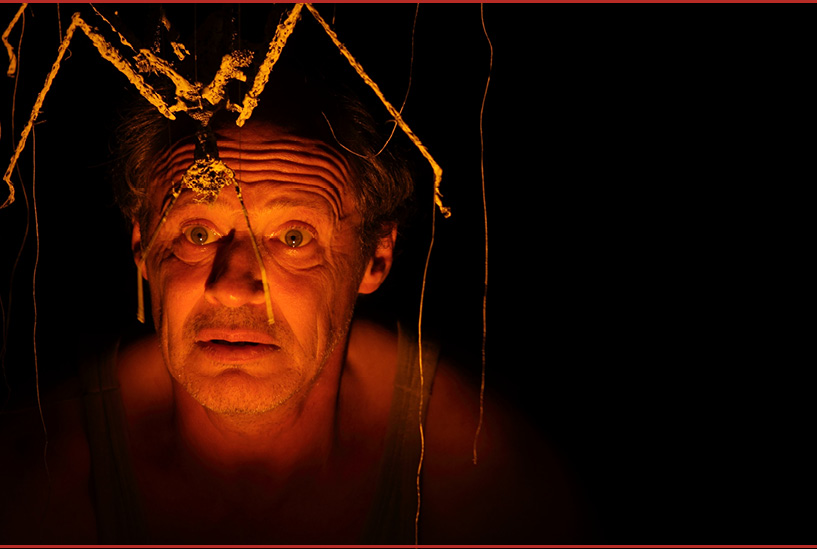 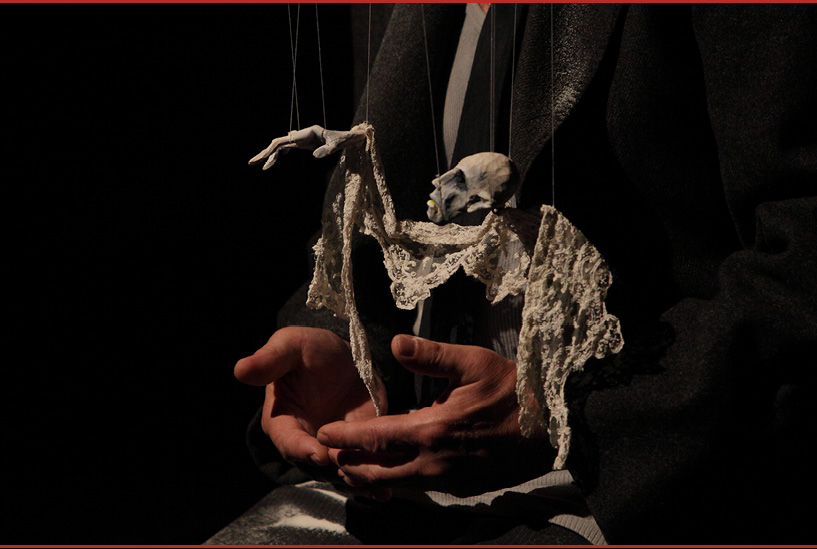 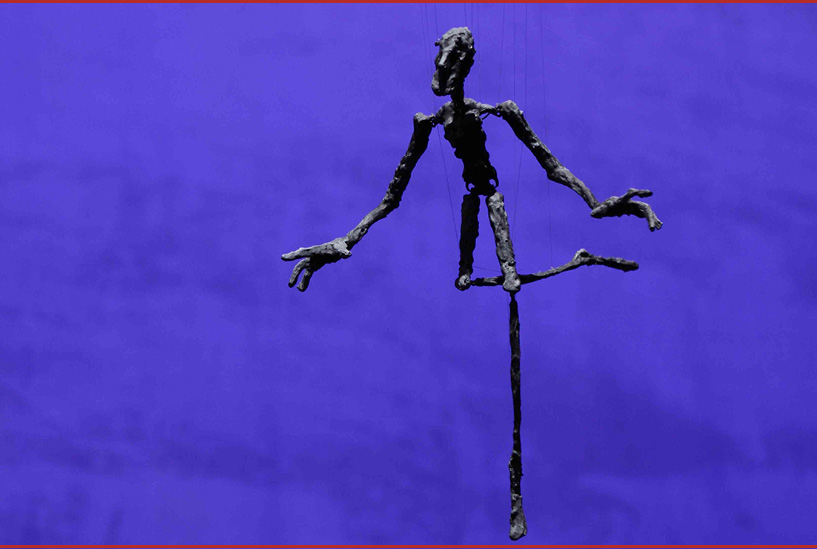 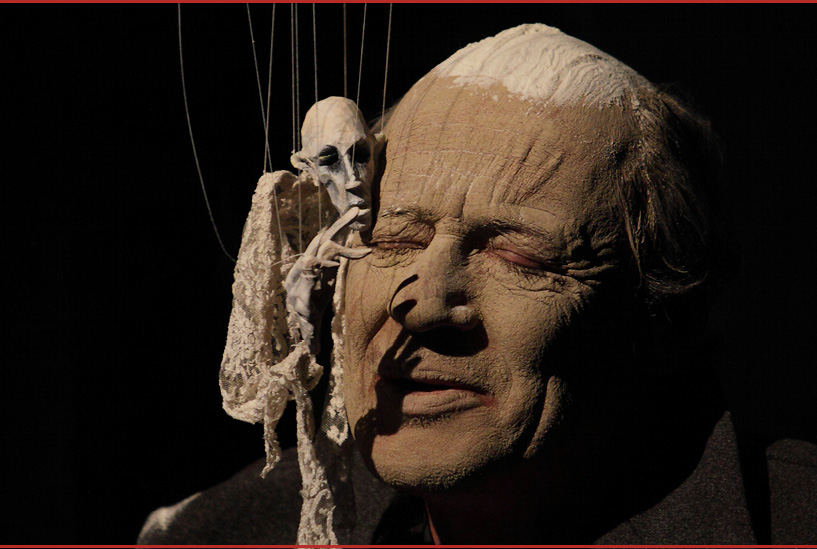 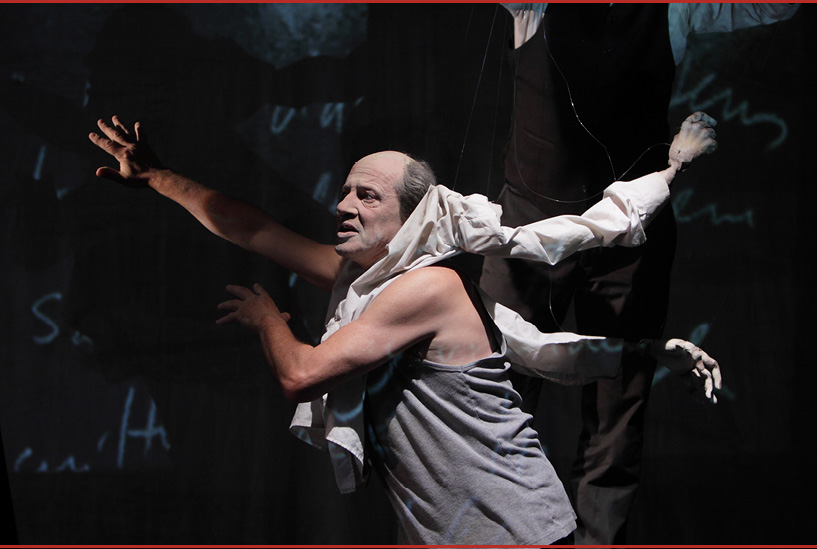 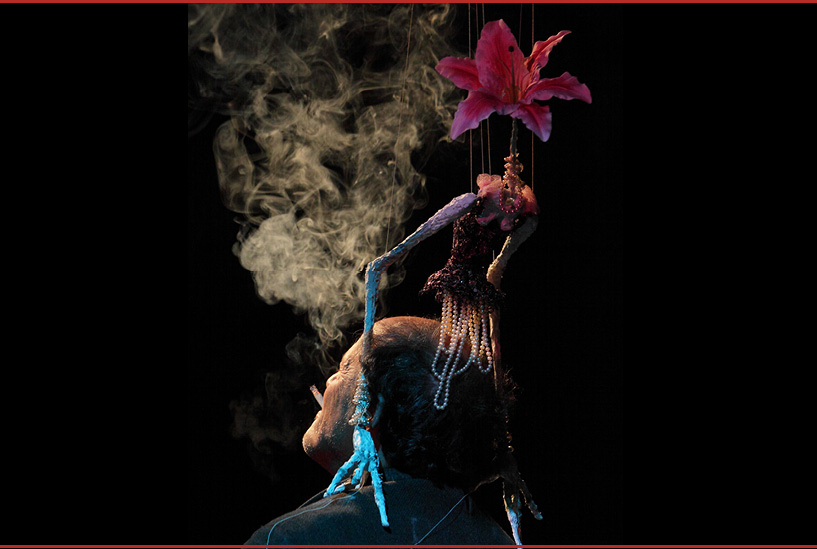 The production is based on four surrealist texts by Alberto Giacometti: “Yesterday, quicksand”, “A blind man reaches out his hand in the night”, “Paris without an end”, and “The dream, the sphinx and the death of T.”

Inspired by Giacometti’s sculptures, drawings and texts, the performance creates a visual poem of its own. His work is the starting point and a trail leads to a new location. An invisible place appears where visual and performing arts unite with literature. An approach in spoken and written words,  drawn and danced lines, figures, sounds and plaster castings,  shells and stones.

“Am I mistaken? This is possible.” (Alberto Giacometti, diary note)

“…at the beginning of my schooldays the first country I imagined to be wonderful, was Siberia. I saw myself there, in the middle of endless lowlands covered with grey snow. There was never sunshine and it stayed equally cold. On one side, quite far away, a fir forest, a dreary, dark forest, bordered the broad lowlands. I looked out at this lowland and this forest through the little window…
P.S. 1958. As I reread the last paragraph I realized, that with my imagination of Siberia I described exactly where I was standing and where I was living at that time.”
From “Yesterday, quicksand”, 1933/58

From 1942 until 1945, Giacometti stayed in Geneva. During World War II, the city was a refuge for many artists and writers from Paris, which allowed for intellectual exchange. Giacometti belonged to the regular circle of Albert Skira, the editor of the magazine Labyrinthe, and he contributed three visionary articles. In Geneva he also met his future wife, Annette. His stay coincided with a difficult phase of his artistic career and a fundamental creative crisis. He stayed in a modest room in the Hôtel de Rive, which he also used as his studio. For days on end, he tried to make sculptures, without managing more than tiny, miniature figures. According to Skira, Giacometti’s Geneva works fitted into half a dozen matchboxes, which he carried in his pockets when returning to Paris after the war.

“An ingenious Gesamtkunstwerk with exciting music.”

“Grotesque, elegant, unnerving, unexpectedly humorous: Hotel de Rive is a profound – and superbly performed – excursion into the turmoil of making art, and then opening up that journey to an audience.”

“But what this production managed to convey was more complex and personal than labels and categories will allow. Amidst all the angst and alienation and lack of reason, they made the originality of Giacometti’s work, and the sense of his self-consciously reflective and life-affirming creativity, recognisable and glorious.”

We need the promoter/management to provide the following:

During the performance, three matches will be burnt and one cigarette will be smoked. Please check all smoke detectors and set accordingly